Stupidity is frustrating.  This is so because it flies in direct contravention of God’s created order.  Things are not as they should be.  The person of unbelief can see it just as well as the person of faith.  They may not be able to articulate it, but the image of God which is seared into their entire being screams in opposition against such foolishness.

Forrest Gump learned that “Stupid is as stupid does.”  An equally true axiom is that “Stupid is as stupid thinks.”  Before we ever do one foolish thing, we consider it, ponder upon it, and muse in such a way that we twist folly into wisdom.  We know what we ought to do, but the perversion of sin taints our every thought.  We say that our idiocy is the best thing for everyone involved, while we act in such a way to benefit only ourselves.

It doesn’t have to be this way.  Wisdom plaintively cries that we heed her voice, but too often her portents of doom go unheeded.  If the Self is fixated on itself, then every other voice sounds as nothing more than a gentle wind.  While wisdom may speak through friends and loved ones, it goes unnoticed, as the Self stands gazing in the mirror, blocking all other things from view.

And, let’s be honest.  We can never see our own stupidity.  That’s why it is not good for man to be alone.  You’ll never know you have something in your teeth unless your friend takes the time to tell you.  The irony is, that the dumber you are, the less people you are likely to have around you.  Folks can only tolerate so much waywardness.  The Self wins, then, standing alone in the room which he has constructed for himself.  There’s only one problem:  he forgot to build an exit.  Only someone from the outside can help him coordinate his escape.  Will he heed their pleas?  Or will he insist that his way is the way? 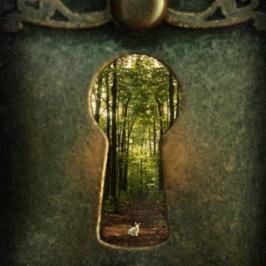 Jesus said, “Come unto me all who are heavy laden, and I will give you rest.”  Sounds like a ticket out, doesn’t it?  Surely such self-absorption can grow wearisome!  You would have to be an utter fool to detest such an offer!  And yet, so many do, Christians and non-Christians alike.  “The fool says in his heart that there is no God,” and the one who rejects Christ on any front condemns himself the fool.  It is only by His urging, and His persistent pleas, that any of us ever see the light of day.  Only Christ is able to hold the corrective lens over our muddled plans, and help us see our error.

I don’t know if this post will bear much fruit.  The stupid are often mute and blind as well.  But, my hope and prayer is that we each would examine our own foolishness against the Light of Scripture, and allow its healing balm to soothe away our folly.  We’ll look back one day and wonder why we ever thought such a way.  And we’ll marvel that we were ever so foolish as to go our own route instead of His.